Victorian based company, Total Tooling has been servicing Australian and global manufacturing needs for over 30 years. The company has three factories employing over 80 people.

Total Tooling contacted Mobile Automation to develop a new automated solution for a manual process. The manual process slow and time consuming. It also posed a safety risk as there was a real danger that an operator could be burnt because of exposure to heating parts. 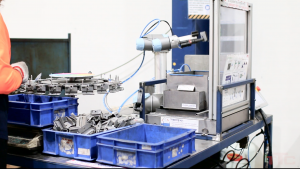 The manual process done by the operators was:

Total Tooling had already developed a design for a robot solution. The problem was that the design was still quite a linear process. So just like the manual process – one part was picked, heated, coated, replaced, before the next part could be started.

At Mobile Automation, we developed a parallel process. It had an immediate payoff because it reduced the overall completion time per part. The automated parallel process was: 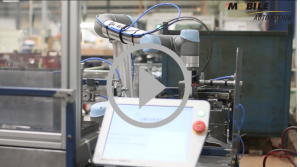 The solution developed by Mobile Automation also had other benefits for Total Tooling. They were able to utilise the operator to perform multiple and more interesting jobs releasing them from being totally tied-down to a mundane and laborious task.