Home Latest News How Robots Improve Manufacturing And Other Processes

Home Latest News How Robots Improve Manufacturing And Other Processes

Robots Australia: The ever expanding applications 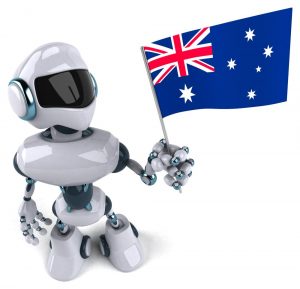 Like other industrialised nations, Australia is home to a burgeoning robotics economy. Automation in the country has come a long way like the PLC automation, with the last two decades seeing major developments in the robotics industry.

For one, today’s industrial robots have arms that are as precise as 0.02 millimetres. This only means they have tremendously high payload capacities and can reach much farther than before.

And they can be used to automate just about any industrial process. From welding and cutting to drilling, machine loading and unloading to palletising, painting and material removal to assembly, the list of tasks that for industrial robots can don’t have an end.

Outside manufacturing, robots in Australia have contributed significantly in transforming healthcare. They assist in high precision surgeries including heart and brain surgery. They are also used to test pharmaceuticals for quality control.

In addition, robots now have a place within other fields like law enforcement and the military.

Robots are particularly most beneficial to humans because they keep people out of harm’s way. For instance, there are robots which handle chemical and hazardous materials.

Industrial robots also take care of welding which can be extremely dangerous to people. For one, the process produces fumes that can cause respiratory diseases and noise that cause undue stress.

Robots generally take over repetitive tasks, saving people time and from the strain caused by repetition and ensuring consistent quality of output.

Here are some of the most common applications of robots in Australia.

Factories employ the use of robots mainly to boost production, and the results have been pleasing. One of the key areas of robot use in Australia’s manufacturing industry is in assembly. 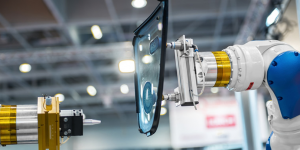 With robots in the assembly line, manufacturers save money. Plus, robots hasten assembly and ensure consistent output quality.

Another good thing about this is that a manufacturer can customise the end of a robot’s arm tooling for each assembly robot to cater so it can perform a specific task.

Today’s robots have enhanced vision and sensor technology, and so have very high efficiency and accuracy levels. They are able to work alongside people, carrying out industrial palletising tasks: the loading and unloading of items including boxes, parts or other items to or from pallets.

An industrial robot palletiser can be programmed to perform such applications automatically, referred to as automated palletising.

Palletising is done in many industries including manufacturing, food processing, and shipping.

There are a huge variety of robotic palletisers. They have different end-of-arm-tooling styles, suitable for the different palletisation tasks. One may support an item on the bottom, those that use suction technology can be used to grip items.Both suction and magnetic grippers commonly grip items from the top.

Some robots are designed to oversee other machines while performing various jobs. This involves feeding parts in and out of the machines to facilitate the process. 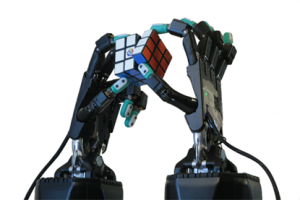 For humans, machine tending can be one of the dullest and most tedious factory or industrial jobs. Plus, accidents often happen because of fatigue brought about by the need for a high level of consistency.  Hence, robots are perfectly suited for this kind of work.

Using robots for machine tending jobs effectively keeps workers safe from the typically injury-inducing and tedious jobs. No wonder factories that have robots have improved safety among workers.

In addition, replacing human labour with robot machine tending is a great way to increase the productivity of the companies through decreased part cycle times and increased efficiencies of processes in that production line.

Mobile Automation produces highly accurate and reliable machine tending robot lines that are available for businesses across the country.  Other areas that our robots automate include pick and place, CNC, quality inspection, gluing, dispensing and welding as well as lab analysis and testing.

Our collaborative robots are also used to facilitate various office jobs including pizza delivery and data collection. Our service can help cater to these applications and more to help your business realise increased levels of productivity.