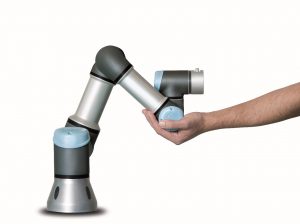 There was a time when robots would be locked inside cages to do routine chores on their own. They would traditionally make rapid movements that coupled with their heavy bulk would make them unsafe for humans to interact with.

As an expert and leading automation companies in Melbourne, we believe that this is not true for a new generation of robots. Industrial employees can now safely work side by side with robots just the same way they do with fellow people.

Collaborative robots, referred to as cobots or co-robots, are the newest type of robots designed to interact with people in a shared work environment. They account for only five percent of the record global industrial robot sales.

But this figure is expected to shoot up because of the increasing demand. Manufacturers say these machines are likely to revolutionise production for smaller companies.  These companies form roughly 70 percent of the planet’s aggregate manufacturing. 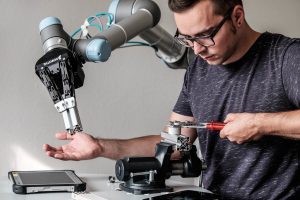 collaborative robots first came up from a 1995 research mission fronted by the General Motors Foundation. The mission aimed to come up with a way in which robots or robot-like equipment would safely team up with humans in their respective environments.

This initiative produced the first collaborative robots that had no internal power source. This was a done to ensure human safety.

The technicians who worked with the cobots were to provide the power and instructions. The cobot can be steered or redirecting a payload in cooperation with the human worker.

Today, cobots have become a key part of production in many factories. Still, the majority of people scarcely know the difference between cobots and traditional industrial robots. So let’s have a look at the differences between the two:

This class of robots is designed to work seamlessly alongside human workers. Unlike regular robots that could hurt a person in their vicinity, collaborative robots use advanced visual technology and are equipped with sophisticated sensors that enable them to detect people and stop or change their activity. Thanks to these advancements, cobots don’t need enclosures to ensure people around them are safe. 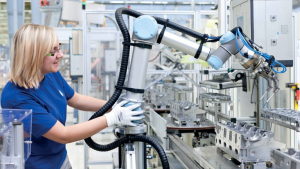 The classic industry robot is autonomous and once set to carry out a certain activity by a trained programmer, it is left to perform the task following the fixed program.

Cobots, on the other hand, work with people and behave smartly. They are left in the open just like any staff to work in partnership with other workers. They assist in completing complex tasks that cannot fully be automated. They come in handy in a process that is highly repetitive or droning tasks.

Cobots are highly flexible and do not require any expert knowledge to program. You only need a tablet to set the required program on these plug and play generation of robots.

Some can also be programmed by simply moving the arm in the required pattern. Such cobot models actually learn the requirements independently without needing programming.

A technician could simply perform a movement following a given pattern with the robot arm and it will imitate it. Other models can also take work instructions simply by using a graphic user interface.

4. You can use cobots virtually anywhere

With their sophisticated sensors and advanced imaging technology, cobots can be used anywhere. They will detect objects or people on their way and stop when necessary. They are also light and easy to move around and use at points other than on the production floor.

This is in complete contrast to classic industrial robots that would be typically heavy and designed to work autonomously in a fixed environment. Once these robots were installed, they would rarely be moved.

What Cobots can do! 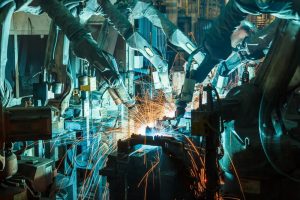 Given their high levels of adaptability, typically smaller size, easy mobility, and lightweight, collaborative robots can perform a variety of tasks and lots of different types of automation services.

Cobots also help reduce accidents and allow operators to focus on tasks that need human intervention and that are generally less arduous.

Mobile Automation is a leading manufacturer of affordable collaborative robots offering the latest automation solutions for a complete range of businesses across various industries.