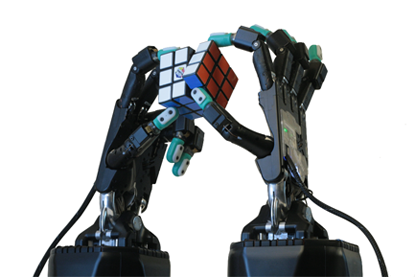 Shadow Robots was founded in 1997 by Rich Walker
in London as a small company, he has since grow his
operations and now sells his unique products globally.

Shadow Robots are robotic hands that are very similar
to the human hand in size, shape and also movement.
They are able to complete almost all skills that a human
hand is able to complete with the attachment of a collaborative robot, such as the universal robot.

Shadow Robots Australia
The shadow robot hand has 24 joints, with 20 degrees of free movement (more than a human hand), with also force sensors and extremely sensitive touch sensors at the end of all finger tips.

The Shadow Hand contains an combined amount of 40 Air muscles which make the robotic hand move, the air muscles allow the robot to be compliant giving it the ability to work around soft fragile objects without damaging them.

The Shadow Robot will be able to assist operations in pharmaceutical environments, as well as in universities, job sites that could be dangerous for humans and also lending a helping hand in research of hazardous materials.

The Shadow Robot is the best robotic hand on the market at the moment with the closest approximation of the human hand currently possible.

Our robotic automation team can discuss requirements, suitability and integrate these product into your business.

Get help designing, installing and operating an automated production or logistics operation. please contact us today on